What Makes Him Different.

Attorney Seth Roman, partner at Carter DeYoung and former Assistant District Attorney for Barnstable county specializes in Civil Litigation, Personal Injury and Criminal Defense. Seth Roman is a lawyer who takes cases before a judge and jury which means he is a litigator, or courtroom trial attorney. He handles tort (wrongful acts), negligence and personal injury cases, criminal matters and OUI, (Operating Under the Influence) cases, business, contract and estate disputes, and construction matters.

How important is an attorney’s win/loss record?

Clients occasionally want to know my win/loss record before they hire me. Lawyers sometimes advertise their high success rate, or claim that they have never lost a case.   These types of statistics are meaningless.  If a lawyer always wins, it is probably because he settles most of his cases, drops the client when the case cannot be settled, or does not accept difficult cases.  I look at each case individually, and advise my clients to settle only when it is in their best interest.  I will not hesitate to take a case to trial, even when it is difficult. My job is to put my clients in the best position to win.  If my client loses, it is never for lack of effort or preparation.

The 3 most common questions concern:

(b) the cost of representation; and

(c) if convicted, the extent of punishment they face.

At Carter DeYoung, we utilize a team approach based upon experience.

Two of our attorneys are former criminal prosecutors, and one was a former police officer and FBI agent.  We have longstanding relationships with private investigators and expert witnesses that complement the legal services we provide.

The First Thing We Do

You will be personally greeted and welcomed by a member of our Carter DeYoung staff.  They determine which lawyer in the firm can best help you based on your individual situation and will then schedule a free initial consultation by phone or in person. Clients can work with our office, and in particular, the lawyer, to work out payment plans to ensure representation. At the Law Office of Carter DeYoung, you will find six talented, compassionate lawyers dedicated to their clients, one another, and the communities they serve.

(1) Don’t wait to make a call to find out if you have a case or need legal guidance;

(3) Don’t fall prey to the belief that you already know the law and your rights.

It will negatively affect you in the long run if you do have a case or need legal representation.  Make the call today at 508-771-4210.

A Lawyer's Perspective: Operating Under the Influence (OUI)

OUI – ARE YOU AN OPERATOR?

Late one night John was found asleep in his car by police.  The car was parked in a private lot not far from a local bar he was known to frequent.  When the police searched the car, they did not find the keys in the ignition, but rather in the pocket of his coat, which was in the trunk.  John’s blood alcohol level was above the legal limit of .o8%, and he was charged with Operating Under the Influence.

At trial, John pled not guilty to the OUI charge.  He argued that the prosecution must prove that he was “operating a motor vehicle on a public way”, two elements that are sometimes forgotten amidst all the attention given to blood alcohol content levels (BAC).  As John’s car was found in a private parking lot and not on a roadway he was not on a “public way.” Additionally, he was not “operating” the vehicle at the time he was arrested.

If you are ever charged with a crime, remember that you are not required to give any statements to the police.  You have a constitutional right not to incriminate yourself under the 5th Amendment of the United States Constitution.  If John had admitted to the police that he had driven directly from the bar to the lot to sleep it off, he would probably have been convicted.

Outcome: An OUI requires the prosecution to produce evidence that you were drinking prior to driving.  Having keys in the ignition of your vehicle has been found to be sufficient to meet the element of “operating a vehicle,” even if the car is not moving.  The parking lot of your local supermarket may be considered a “public way,” as it is open to members of the public as invitees or licensees.  Luckily for John, the keys were not in the ignition or readily available, and he was sleeping in a private lot, having made the right decision not to drive home.

The Town of Falmouth Took My Land!

Falmouth Resident Building Application Denied! Conservation Commission Wetlands Regulations:
The lawsuit was initiated in 2012 by the owner of a vacant 16,477 square foot lot in Falmouth. The land is one of the last undeveloped lots in a residential subdivision known as “Wild Harbour Estates.” My client’s parents purchased the land in 1975. She inherited the land in 2005 after her parents died.  The lot has water views of Wild Harbor and Buzzards Bay and the Town currently assesses it at a value of $653,000.00.  My client and her parents before her paid the real estate taxes on the lot for 41 years.

We presented evidence to the jury that the land was buildable when it was purchased in 1975 and that it continued to be buildable until 2008, when the Conservation Commission expanded its regulations. The property borders a salt marsh and is transected by a coastal bank, but is surrounded by large waterfront homes that were built before the regulations changed.

At trial, we claimed that the Commission’s denial of her variance request constituted a “regulatory taking” and that the Town must compensate her for the diminished value of her land.  The Fifth Amendment of the United States Constitution, and a similar provision in the Massachusetts Constitution, each prohibit the taking of private property for public use without just compensation.  The U.S. Supreme Court has ruled that a government regulation may result in a taking of private property if it interferes too significantly with a person’s ability to use his or her property.

The Town argued that my client should have expected the regulations to change, and should have taken steps to build her house before they changed.  As stated by my client, however, unlike a carton of milk, land does not have an expiration date.

We presented evidence to the jury that the land was worth $700,000 as a buildable lot and only $60,000 if it were not buildable.  We claimed that the Commission’s regulations caused this 90% reduction in the value of her land.   The jury agreed that the Town effectively “took” her land, and awarded damages to my client.

Outcome: A Barnstable Superior Court Jury recently returned a verdict against the Town of Falmouth and the Falmouth Conservation Commission and awarded my client, a Falmouth property owner, $640,000.00 in damages. With interest, the judgment is nearly $950,000.00.

I represented a man who was charged with motor vehicle homicide by negligent operation and faced significant jail time.  He was turning left into a parking lot and was struck by motorcycle in the opposite lane, resulting in the tragic death of the motorcycle driver.  The police conducted an extensive reconstruction of the accident and concluded that my client failed to yield to the oncoming motorcycle.  The police concluded that the motorcycle was traveling at a safe and reasonable speed, and that my client was responsible for his death.

I immediately engaged an expert who found several flaws in the reconstruction analysis conducted by the police.  I attempted to make arrangements to inspect the motorcycle, which would have allowed my expert to perform her own tests and take her own measurements to determine the speed of the motorcycle at the time of the collision.  The police, however, released the motorcycle to the insurance company and it had been junked.  I filed a motion to dismiss the case, arguing that my client had been denied the right to have his own expert analyze the crash as a result of spoliation of evidence by the police.

Outcome: The judge agreed, and the case was ultimately dismissed. 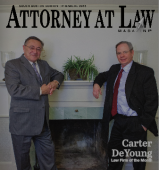 Case Reviews
The Town of Falmouth Took My Land!