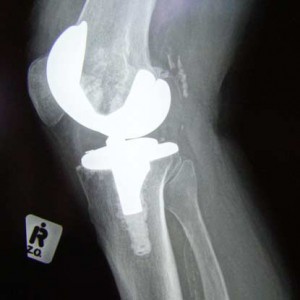 Paul injured his knee when he tripped and fell at work. He was initially paid benefits by the worker’s comp insurer for several months, until his doctor recommended a total knee replacement.

The workers’ comp insurer denied payment of the knee replacement surgery arguing Paul had a previous problem with that knee and had seen Dr. Blue, an orthopedic surgeon, who recommended the knee be replaced at some point. At the time of the work injury, Paul was working and did not have any plans to have a knee replacement.

After his injury at work Paul contacted Dr. Blue and was diagnosed with a cartilage tear in his knee. Dr. Blue told Paul that he would not do surgery to repair the tear as the knee needed to be replaced and there was no point in doing two surgeries.

Question: is the knee replacement covered under worker’s comp?

Do NOT follow this link or you will be banned from the site!