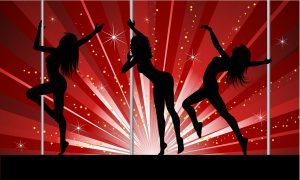 In November of 2010, 20-year old Kailee Higgins was severely injured in a car crash with an off-duty police officer.  Tests later revealed Kailee’s blood alcohol level was 1.55, over twice the legal limit.

Amazingly, Kailee got drunk at her job where she worked as an exotic dancer, although her employer knew she was underage.  It was a well-known policy of the club that the dancers should encourage, even pressure, customers to buy drinks. This frequently resulted in the customers buying the dancers drinks. Witnesses later testified that Kailee would frequently get drunk while working and was never asked for identification proving she was of legal age to drink.

Club Bouncer Pours Her Into Car

It was a ‘perk’ of the job for each employee to receive a free drink before starting work.  The night of her accident Kailee began her shift with three shots of Patron Tequila served to her by her employer. During her shift, she drank at least another 12 shots of tequila at the club. By all accounts, Kailee was severely intoxicated by the time she left work stumbling. Unbelievably, a bouncer from the club escorted her to her car, unlocked her door, helped her into the driver’s seat, and handed her the keys.

Shortly after driving away she crashed suffering serious and permanent injuries, including brain damage and multiple facial fractures. She underwent over a dozen surgeries to reconstruct her face and was in the hospital and a rehabilitation center for weeks.

Immediately after the accident the club notified its insurance company, Capitol Specialty Insurance Corporation, of Kailee’s injuries. At that time, the insurance company conducted a very limited investigation of the accident, only speaking to the owners of the club and the bartender, all of whom denied Kailee was drunk at the time she left the club. After two weeks Capitol closed Kailee’s file.

Over a year later, a lawyer hired by Kailee contacted Capitol to advise it she was making a claim. Without doing any further investigation, Capitol denied the claim and again closed its file. Capitol’s file remained closed for another year, until it was sued by Kailee in court.

After the lawsuit was filed, Capitol hired an attorney to defend the claim. Without much effort, this lawyer determined it was very likely that Kailee got drunk while working at the club with the club’s knowledge that she was underage.  Capitol’s attorney further advised the insurance company that “there is clearly a seven-figure potential” on the claim and that the full value could be as high as two or three million dollars.

Despite all this information, Capitol failed to settle the claim with Kailee. A Federal court judge later awarded her $1.8 million in damages.  This award was tripled to $5.4 million after the judge found Capitol engaged in unfair settlement practices in violation of Mass General Laws Ch.176D and Ch. 93A.   Kailee will receive a total of $8.5 million as the interest on the award was over $3 million.

In a Pickle? Need a Lawyer?

Law categories related to this topic:

Do NOT follow this link or you will be banned from the site!